Maximising bird welfare, reducing energy costs, making the most of new technology, motivating staff and earning a profit are all priorities for Norfolk broiler producers Nigel & Patrick Joice. Nigel built his first farm of 8 houses in 1997 and added an additional farm on the same site in 2005.

Having researched the market for a solution that would use his manure as a fuel, Nigel Joice chose bhsl’s FBC system and installed an FBC manure to energy plant in 2011. As part of a study with the UK Environment Agency the plant was commissioned on manure and operated to gather evidence for the safe use of manure as a fuel on poultry farms. This data was included in a comprehensive submission to the EU Departments of Animal & Food Safety (DG Sanco) and Environment (DG Enviro) in Brussels and as a result new rules became law in July 2014.

Uphouse farm is the first poultry site in Europe to be given approval to use manure as a fuel under the new rules. Nigel Joice was the Farmer Weekly Awards 2011 Poultry Farmer of the Year, and Nigel and Patrick are the British Farming Awards Renewables Innovator of the Year 2014.

In 2011 bhsl installed two FBC500 manure to energy heating plants. In total these process up to 10 tonnes of manure a day and provide 950 kW of heat to the site. An LPG backup boiler system with an additional 1,000 kW heat output is available to supplement the FBC manure boiler when demand increases beyond 950 kW during very cold weather.

The two farms on the site were connected to the energy centre using 3.5 km of district heating pipework. Two 100 kW DraperVent heating radiators were installed in each house. 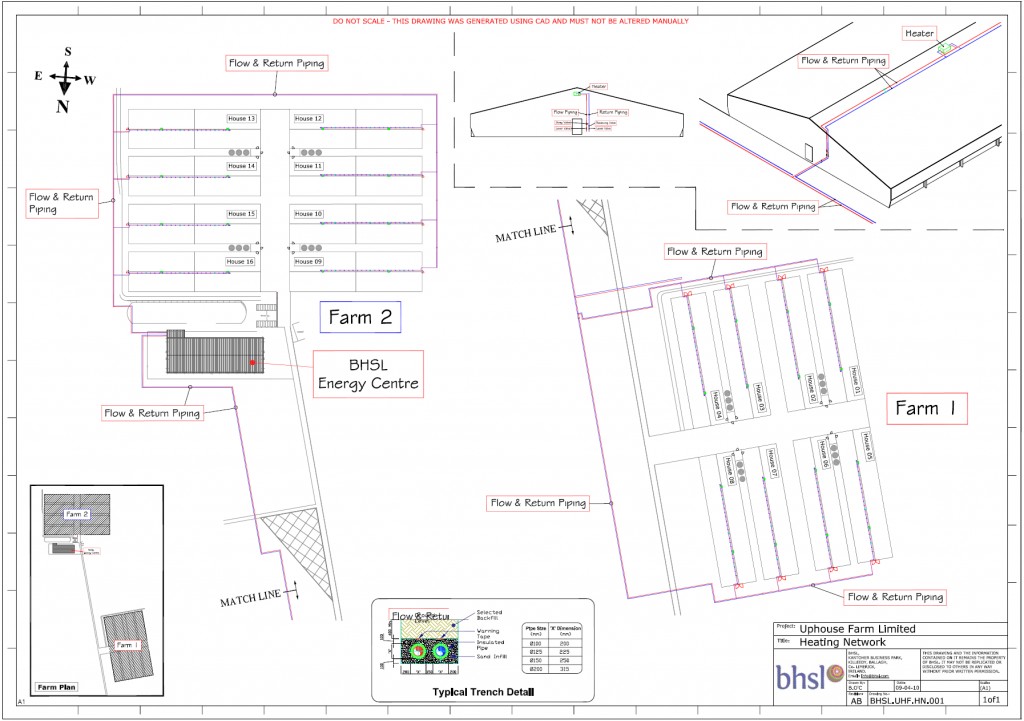 In the 12 months up to April 2015 the Energy Centre has provided 6,258 MWh of heat to the poultry houses. This compares to a typical annual historic heat usage of 2,818 MWh. bhsl models of optimum ventilation predict that this increased ventilation will have reduced the humidity within the poultry houses from an average of 64% to 54%.

Manure has been used to replace 95% of the LPG usage on the site whilst doubling the amount of heat used. 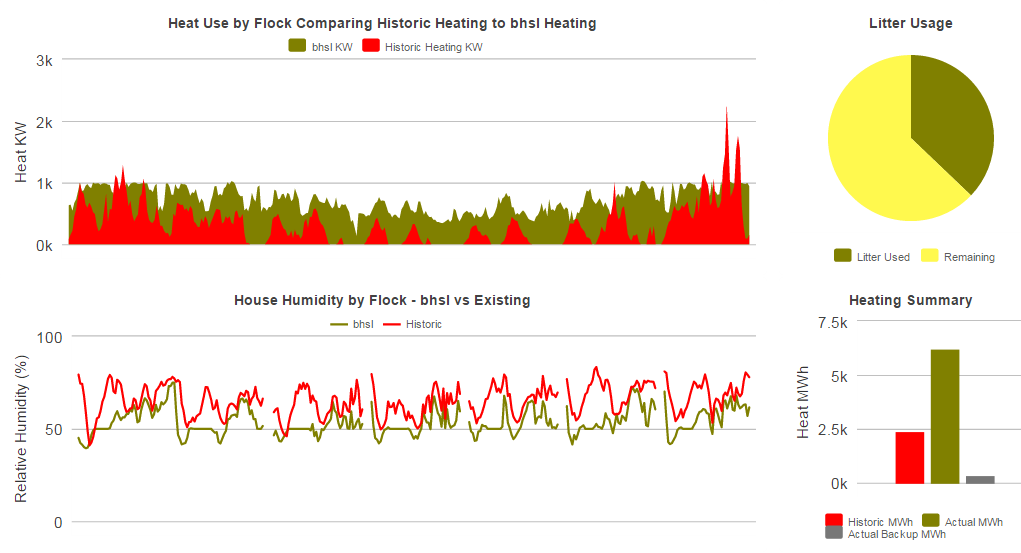 This drier manure was a result of the improved conditions and in turn this had an impact on rates of podermatitis and hock burn as well as improved food conversion.